Getting to the interesting part, it is meant to connect to Ethernet and allow you to do whatever you like. The only thing you need to connect beside Ethernet is power via Micro USB connector. Worth to mention is that this is requirement of this particular iteration of the board, as it should be fairly easy to redesign it a bit to use PoE instead. Anyway, comparing to traditional Raspberry Pi, you get a lot of saved space at a cost of only 3 connector available (not counting UART header). And third, not mentioned yet, is microSD card slot, that is completely optional, but present in my case, as I use CM4Lite variant with no storage, so this is rather a useful feature. Getting rid of this requirement on CM4Lite SoMs might be a subject of future research from my side, as I heard about network boot on RPi, but have not tried it myself yet. END_OF_DOCUMENT_TOKEN_TO_BE_REPLACED

Still this is quite new topic for me as I have no electronics education, nor professional experience, so there is still a risk that I may fail at what I do and abandon such kind of projects. But for now, I just finished validation of footprints published here with a board that I ordered from JLCPCB, so you are guaranteed that they are fine (except one marked explicitly as such). END_OF_DOCUMENT_TOKEN_TO_BE_REPLACED 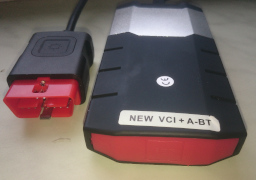 This device could easily be found at the Chinese sellers. They advertise them as DS150E. Under the hood there is nice STM32 and STM8 pair. One is present on main PCB (in my case TCS MAIN V6.0), the other on relay board (TCS+RELAY V3.0). Both chips have their ST-Link headers broken out. If one want to read/write the firmware installed in internal flash, it should be as easy as connecting few of these pins. END_OF_DOCUMENT_TOKEN_TO_BE_REPLACED