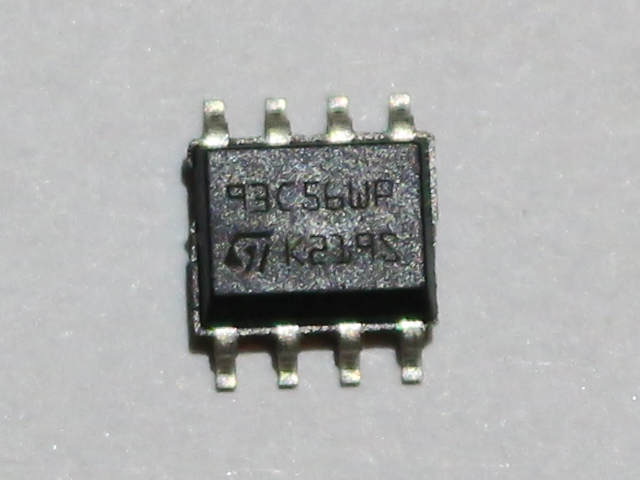 What I had to do, was to read contents of EEPROM, that I found on board, I am analyzing. It is quite obscure, as Google did not return anything useful (beside Taobao auctions). Fortunately I learned that chip it is connected to expect EEPROM from the 93Cx6 series. So, to not break anything, I bought few similar memory chips from usual source. In the meantime, I found that this thing talks Microwire protocol, which is quite similar, but not identical to SPI. This means that flashrom is not an option here. It is however similar enough to SPI that some people were successful in talking to these EEPROMs on SPI bus. Unfortunately, I did not have any device that was confirmed successful and I did not want to experiment with low chance of success. Luckily for me, there is simple Arduino library, that bit-bangs the protocol. I am not a big fan of Arduino, but I have few Digispark boards, so I decided to give it a try. Obviously, the fact that this post appeared means, I was successful. Nevertheless, it was not that easy. At least for me, so I share my experience, just in case someone have similar problem. Enough of this, let’s read (and write, if you want) Microwire 93C56 EEPROM with Arduino sketch and Digispark board, via USB virtual serial port. Because, why not? 🙂 END_OF_DOCUMENT_TOKEN_TO_BE_REPLACED